Stuck Inside Of Human Skin With The Christmas Blues Again

“Oh, Mama, can this really be the end, to be stuck inside of Mobile with the Memphis blues again . . .” ~Bob Dylan~ 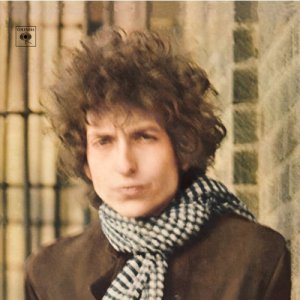 In my understanding of Scripture, we are spiritual beings trapped inside a physical body. This means many things, not the least of which is that we exist within a multitude of limitations. There is much that will always reside outside the realm of our capacity to comprehend. Paul of Tarsus, a brilliant thinker and theologian, came to this conclusion: “Now we see but a poor reflection as in a mirror; then we shall see face to face. Now I know in part; then I shall know fully, even as I am fully known.”

In the bio-pic Walk The Line a conversation takes place between Johnny Cash and Columbia House executives: “What’s with the black? It’s depressing.”  “It looks like you’re going to a funeral.”  To which Big John Cash replies: “Maybe I am.” 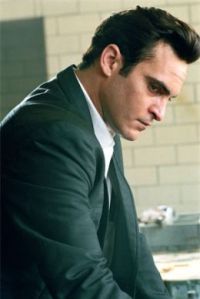 Did that exchange truly happen or was it an invention of the screenwriters? Either way it provides a relevant lesson for us; a reminder that grief is a constant theme of life. No one is immune from it; mourning is universal.

While stuck inside of human skin, the pain of loss comes in all different shapes and sizes. Many often do not recognize everyday remorse; they think sorrow is only about death or dying, but grieving permeates all avenues of life on planet earth.

Economic hardships; health issues; hopes churned up with enthusiasm only to be shot down; dreams soaring to the top of the sky and in an instant crashing and burning. All this and more can put us at odds with ourselves; there is nagging tension between flesh and spirit. We go from altruistic to selfish in a heartbeat; we are excited for a friend’s success and envious at the same time; we are energized by faith while awash in doubt; we struggle with all kinds of addictions, some harmless and others devastatingly frightful. We battle weight, appearance and self-image issues; our self-esteem can be repeatedly trashed with the culprit coming from a variety of directions.

Stuck inside of human skin means having to continuously wrestle with the agony of being human. The sadness of it can be an unbearable burden. Oft-times in the midst of disappointments or dealing with the consequences of being driven by our all too human failings we’ll be tempted to think that we are all alone.

Our frustrations run the gambit from guilt to fear to hopelessness, along with a bottomless pool of questions that keep us feeling helpless and isolated. A true story can help; a living example of the extraordinary hope of God’s grace and sovereignty can strengthen faith.

All of which brings us to that time in history when God, by his own choice and determination, was stuck inside of human skin.

John, an eyewitness to the ministry of Christ, opened his biography of him with this statement: “In the beginning was the Word and the Word was with God and the Word was God.” A couple paragraphs later he wrote: “The Word became flesh and made his dwelling among us. We have seen his glory, the glory of the One and Only, who came from the Father, full of grace and truth.”

To Jewish religious leaders, the phrase “the Word was God” had blasphemy written all over it; for those rooted in Greek philosophy, “the Word became flesh” was an impossible and unthinkable proposition; for John, an unlearned and ignorant fisherman, this radical pronouncement was the great good news gospel.

In his book Knowing God, the Canadian theologian J. I. Packer wrote: “Here are two mysteries for the price of one—the plurality of persons within the unity of God, and the union of Godhead and manhood in the person of Jesus. It is here, in the thing that happened at the first Christmas, that the profoundest and most unfathomable depths of the Christian revelation lie. ‘The Word became flesh’; God became man; the divine Son became a Jew; the Almighty appeared on earth as a helpless human baby, unable to do more than lie and stare and wriggle and make noises, needing to be fed and changed and taught to talk like any other child. And there was no illusion or deception in this: the babyhood of the Son of God was a reality. The more you think about it, the more staggering it gets. Nothing in fiction is so fantastic as is this truth of the Incarnation.”

Seven hundred-some years before the miracle of the Incarnation, Isaiah referred to the One destined to be executed at Golgotha as a man of sorrows. It is generally interpreted that the ancient prophet was speaking about the horrible events of the day we know as Good Friday, but the description has much deeper ramifications.

Putting Scripture and faith-journey experiences together, it is entirely conceivable to me that when Mary delivered Jesus in that cave-like cattle stall he screamed bloody murder; he wailed loud gut-wrenching cries; he kicked and hollered like no other baby before or since because he was now immersed in the human condition.

God had become man. He had been present at creation; he had stepped out of the indescribable majesty of eternity; he had set aside his Godhood to become stuck inside of human skin. The shock and assault on the baby’s senses must have been overwhelmingly intense and saturated with sorrows.

It is not likely that Jesus of Nazareth ever sang the blues as we know them, but he was intimately acquainted with all the angst and alienation that comes with being human. In this we have kinship and knowledge that he sympathizes with the perplexities of being stuck inside of human skin; the realities of our weaknesses and foibles never takes him by surprise and he is always on our side.

All we have to do is ask and our advocate before the Father, Jesus the Son of God will dispense all the grace necessary to sustain us in our hours of need.