“But February made me shiver with every paper I’d deliver. Bad news on the doorstep; I couldn’t take one more step. I can’t remember if I cried when I read about his widowed bride, but something touched me deep inside the day the music died.” ~Don McLean~ 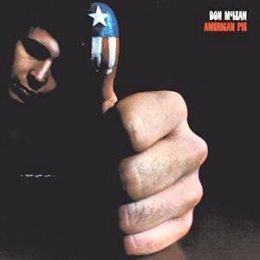 Don McLean’s cryptic lyrics have echoed inside me from the moment I heard the song in February 1972. A shiver chased down my spine as McLean’s evocative voice came over a squawky car radio sounding fragile and so far away. There are moments when that same shiver slips out of time for a haunted repeat performance.

The words went straight through me. McLean was singing about the deaths of The Big Bopper, Ritchie Valens and Buddy Holly in a plane crash near Clear Lake, Iowa on February 3, 1959; that fact wasn’t on the landscape of my understanding. But February made me shiver with every paper I’d deliver. That line took on a distinct meaning for me. I snuggled deeper into the brown corduroy jacket and tightened my mouth against a swell of emotion.

My mind was sending me urgent messages to shut down, but death was not some distant memory that could so easily be squashed. There was a stunning vividness in the reality of death, which had me in its paws and was toying with my senses. In that frozen moment, violent death seemed to be stalking me. Industrial accidents had become an annual occurrence. My father had been killed in February 1971; my Uncle Frank was buried alive in January 1972.

Both men were larger than life, so the holes left in the fabric of our family were ragged. It is doubtful that those gashes have or ever could’ve been repaired. Their viewings were closed casket affairs at the funeral home on the corner of Elm and Clarence in Port Colborne. Under the location, location, location category there was and still is a liquor store across the street, which I suspect, has always gotten a lot of walk-in customers wearing somber clothes and faces.

In a vastly weird twist of fate, when I first heard American Pie, I’d just left that same funeral home with my sister Janice, where we had paid respects to a neighbor who’d died suddenly. February made me shiver . . . 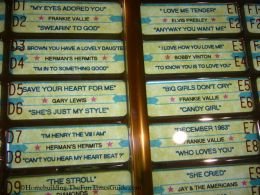 My cousin Lawrence was just under a year younger than me. We grew up together and were tight. He was reckless and always on the lookout for trouble of one kind or another. He had an instinct for horseplay that delighted his peers and drove adults bonkers. His cavalier approach to authority endeared him to me; his ability to shed suspicion and work his way out of any jackpot was mythic. We spent most of the summer of 1972 together. The petals of teen-age rebellion were in full blossom. We worked odd jobs and hung out, ready to jump into any fracas to keep the pot stirred. For two weeks we camped with our grandparents at a place called Hutch’s Haven, near Parry Sound, which at the time was referred to as cottage country or northern Ontario. In an aside, Parry Sound was the hometown of Bobby Orr, defenseman extraordinaire for the Boston Bruins in the NHL. 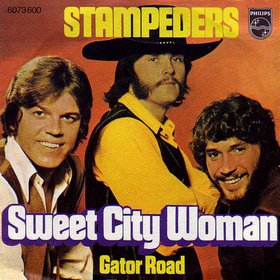 Hutch’s Haven had a snack bar that doubled for a community gathering place. It was a large open room with heavy rafters. To keep people entertained there was a ping-pong table and several card tables, along with a jukebox in the corner. Every night we’d wander in and get a euchre tournament going. Each game had a small buy-in, with the winners dividing the pot and moving onto the next game. Lawrence and I were a team. He’d hustle and cajole others with side bets on a single hand. We did okay, winning enough to keep us in cigarettes and Coco Cola. We actually did better than okay; we never lost because we had good card sense. Mix in the fact that we systematically cheated and we could not be beaten. We had an elaborate set of signals based on what we did with the cigarette we were smoking or what direction we exhaled a stream of smoke.

Between games, Lawrence would feed quarters into the jukebox. At some point each evening he’d select Mr. Bojangles. That song, along with Sweet City Woman by The Stampeders, was heard at least once every night we were there.

“He spoke through tears of fifteen years how his dog and him traveled about. The dog up and died, he up and died And after twenty years he still grieves . . .” ~Jerry Jeff Walker~

It may be bizarre to some, but a song inspired by a street performer in New Orleans can engage my emotions. It’s strange how the process of grief truly influences us, likely shaping us in ways we cannot even imagine.

Jerry Jeff Walker wrote the song and The Nitty Gritty Dirt Band had a hit with it, which was the version in that jukebox so long ago. It is an all-time great sad story-song because it resonates with all the hard edges of life. Lawrence used to play a real tough air guitar whenever he heard the song. We’d laugh and listen, sometimes singing or shouting out the lyrics off-key and out of sync.

In February 1976, my cousin and friend was killed in a violent car accident. He was only nineteen years old. The memory of him got tangled up with Mr. Bojangles. The sadness evoked in the song never fails to make my eyes moist with nostalgia about the times we had together. 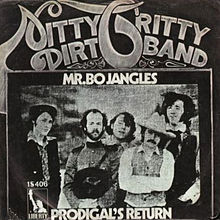 “It’s a good thing that I’m not a star you don’t know how lucky you are. Though my record may say it no one will play it, ‘cause sad songs and waltzes aren’t selling this year . . .” ~Willie Nelson~

After all these years and miles, February can still make me shiver. The good news is that I’ve come to understand and embrace the truth found in some words written by King Solomon of Israel:

The living should take to heart that death is the inevitable end for everyone. Not a cheery message, which explains why sad songs and waltzes get little airplay, though they are the foundational soundtrack of my life.

Sad story-songs keep me focused on what truly matters. The realization of the brevity and fragility of life is woven so deeply into my psyche that it is my natural outlook. Each and every day is a gift. Gratitude swells in me as songs touch my core and remind me of the treasure of memories that are mine. And that is what softens sorrow and sweetens perspective.