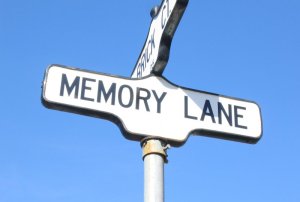 To the adults in our lives during our growing up years my cousin was always known as Lawrence or Lawrie, but within that crew of pranksters referred to as the Nice-guy Delinquents, he was affectionately called by his last name, Major or just plain Maj.

There wasn’t much we hadn’t done together. We balanced each other out. I was careful, he was careless; I’d hedge my bets, he’d play it fast and loose even when he was holding nothing; I’d pussyfoot around the edges, he’d charge straight into a fracas. Maj had a razor sharp edge to him that I admired to the point of even attempting to emulate it, though seldom with any success. I was too level-headed. Being reasonable was my contribution to the relationship, though considering some of the disturbances we’d been in the middle of, apparently my voice of caution must not have been expressed too loudly. Either that or we simply ignored it.

Maj could talk his way in or out of trouble like no one else I’ve ever known. He had this impish twinkle in his dark eyes, which was constant, but he could always crank it up a little brighter as the need arose. That gleam in his eyes caused even the most hardened authority figure’s mouth to crease into a smile as Maj explained away his attitude or actions. It happened more than once, and I should know because I was often the eyewitness melting down or freaking out beside him. 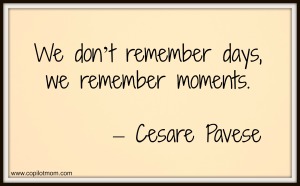 “No big whoop,” he’d say, after extricating us from one jackpot or another. His assessment usually proved true, though there was once when a supposed no big whoop actually became a big whooping that turned itself into family folklore. We must have been nine or ten, young enough to be where we ought not be, and old enough to know there’d be trouble if we got caught. It was late winter, early springtime; an interval that comes along every year when nature doesn’t quite know how to act. Should it blow up a storm and bluster an arctic blast or would it be acceptable to warm up and spread sunshine?  The weather pitches schizophrenic throes; summery one day, wintry the next. This day had brought a halt to the most recent thaw by doing a pretty convincing imitation of the dead of winter, with plenty of grayish ice shrouding ponds and ditches.

Maj and I had spent a good chunk of the morning tramping around the bush and quarry playing trailblazers. He was Davy Crockett, and I was Dan’l Boone. I didn’t know it then, and it would be a shock when I found out, that the two pioneer heroes gained their reputations in completely different travels and adventures. But my cousin and I, along with millions of other television addicts, had been thoroughly Disneyfied.

We had broomstick long-rifles, and our coonskin caps were woolen toques knitted by Grandma Major. Purloined slats of snow-fence had been whittled into knives and tucked into our belts. We were double-socked and plastic-bagged inside our gum-rubber boots, and our hands were protected by thick mittens Grandma had fashioned out of old work socks. Queenie was with us, running hard and barking happily. She ranged ahead, darting one way, then the other.

Noontime was creeping up on us. Behind the leaden-hued cowl of clouds the sun was climbing high in the sky, and our stomachs were growling fiercely. We were traipsing across the quarry floor, pausing every thirty yards or so to bend low and get a reading on the imaginary tracks we were following, but the frontier illusion was beginning to lose its shine. We decided to head to his place and get some grub.

The quarry was the hole in the ground legacy of Canada Cement, who’d mined it for all it had to give, then abandoned it, which was good for us because it was the greatest playground ever. We climbed to the top of the jagged wall like a pair of mountain goats and congratulated ourselves on being sure-footed, then angled straight for his house, which would prove to be problematic. 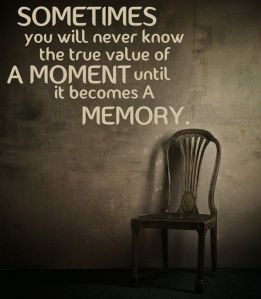 To get to his place from where we were in a direct line meant that we had to go across Wilverwild. It was a world-class frogging paradise when it was hot and sticky, and when the snow flew, it became one of the finest ice hockey rinks in the area. On this particular day we were both under orders to stay off the ice because it was thin and mushy. We had been read the riot act; we were not to go anywhere near Wilverwild.

Queenie came up behind us and scampered past onto the ice. She skidded sideways like she always did, but it hardly even slowed her. Before we stepped onto the frozen bog, she’d scooted off and up the bank on the other side, disappearing among the stringy vines of tangled brush and stark bare trees which stretched skyward like gnarled old fingers.

We started across side by side, and it sounded like a bad movie soundtrack. Tiny pops and scratchy moans accompanied every step. We separated and spread out. Maj flipped his broomstick over and the long-rifle magically transformed into a hockey stick. He started stick-handling a phantom puck, and I quickly assumed the goalie’s crouch as he barreled down on me. He took a mighty wind-up and let it fly. My right leg kicked out like a blur of lightning, then I was down covering the rebound.

Maj slouched against his stick. “This ice ain’t bad.” He bounced up and down. The entire pond vibrated. I took up his dance because it was humorous the way the ice roiled and had the elastic action of a trampoline. Each time we went up, we came down harder. We were laughing, shouting, and having a grand time because the ice was spongy and rippling. It was a sheet of rubber, and we were distracted by its shimmering recoil, so we didn’t hear the cracking of its dying spasms.

Queenie must have heard them. She poked her head out of a clump of brush and bayed loudly. Her bull-throated notes raised ridges of gooseflesh on the nape of my neck. I glanced over at her, and it was then that it happened. Disaster struck. Her warning howls came a split-second too late. Maj and I were in perfect rhythm, and when we came down, there was a horrendous ripping explosion as the ice opened its maw to gobble us up.

My stomach clenched, and I gasped in horror. As luck would have it, my gasp came just as I went under the frigid water. It gushed into my lungs. My vision distorted, then blackened. The drumbeat of my heart throbbed in my ears. My feet hit the mushy bottom, and my knees buckled out from under me, but then I jack-in-the-boxed up and broke the surface, thrashing crazily. Maj was scrabbling belly-first out of the hole and I blindly followed his example. We wormed out of the muddy water and sprawled on the shore gulping and spitting. I felt sick. We looked at each other as our breathing settled to a near normal pattern.

“What are we going to do?” I asked, trembling.

“No big whoop,” he answered, eyes narrowed. “We go to my place and hope my father’s still at work.” He stood and I shadowed him. True to character, he’d isolated the problem and hit the pay-dirt of a plan with the minimum of talk and effort. If his father was still at work, we had it made. Aunt Kay might yell at us and stir up a fuss, but that’d be all. She’d get us dried off and warmed up. But Uncle John?  Or my Dad?  We both knew what we were up against.

What happened then would likely be considered primitive or maybe even child abuse in some circles nowadays, but I’d never reach either of those conclusions. We merely got an old-fashioned spanking. Uncle John was home. He wasn’t the sort of man to coddle 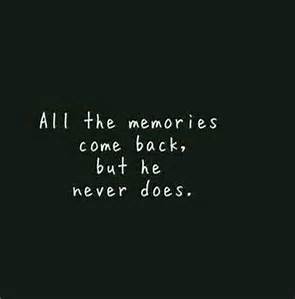 disobedience, and we’d both been raised from the cradle to know that we were responsible for our actions. His investigation consisted of a quick once-over of our slimy condition, then he sat on a kitchen chair, bent Maj over a knee and delivered six solid whacks. I cringed as each blow hit the mark, getting the idea that now would be a good time to examine the floorboards. Then it was my turn.

I pinched my eyes shut to squeeze off the tears, but it didn’t help. They worked their way out because his open-handed slaps on my buttocks stung like the dickens. When he finished, he stood us up in front of him and told us in no uncertain terms to go to my house.  And just like that we were outside. He didn’t give us a chance to dry off or warm up to the bone or nothing.

Once in our kitchen we received the exact same treatment from my father. The second whooping was a punctuation mark to teach us a lesson, which I’m sure was what Uncle John intended. In our family circles, as the years gave it some significance beyond all proportion, the story was told with much snickering and eye-rolling.

This story is excerpted from my book, An Ordinary Story of Extraordinary Hope. A synopsis and reviews can be read here, and also, it is available at AMAZON.