By the summer of my eighteenth year, grace disguised as gut-wrenching heartaches had begun to shape me. It was the equivalent of being forged and hammered on an anvil, which was in no way enjoyable, but the hard lessons had a permanent impact. As a big-haired teenager I’d already determined that prayer couldn’t be confined to a church-house or reduced to merely saying some solemn sounding words—prayer was an essential element of mental and spiritual well being that was supposed to be integrated into the rhythm of life.

It was 1973, with lots of leftover sixties ambience and angst busting out all over the place. I had taken to hanging around with raggedy Jesus People, exploring faith and life issues in smoky coffeehouses where acoustic folk music was always in the air. On many occasions it was the sweet harmony of six or twelve string guitars that became the jumping off point for attitude-altering excavations of Scripture, or discussions about headline news. 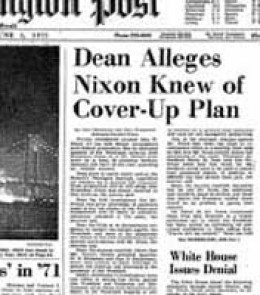 The schemes and intrigues of Watergate dominated the current events scene, putting suspicion and mistrust on center-stage. Already a news junkie who gobbled up information with a spoon, the daily coverage kept me riveted and waiting for the next revelation.

The third-rate burglary and Keystone Kops styled cover-up fascinated me in ways that were transformational. Youthful idealism was swept up in a whirlwind of disillusionment, which sowed seeds that blossomed into a lifelong skepticism regarding the motivations and machinations of politicians of all stripes. That summer a tune written and performed by Bob Dylan was getting lots of airplay—Knockin’ On Heaven’s Door reached #12 on the Billboard Hot 100. It came from the soundtrack of Pat Garrett & Billy the Kid—the movie was a colossal bomb at the box office, even though it featured Dylan in an enigmatic role and starred Kris Kristofferson, a folk-rock poet and emerging cultural icon.

The first time I heard Knockin’ On Heaven’s Door was likely on Buffalo’s FM powerhouse WPHD, which was the station of choice for all would-be rebels and wannabe hippies on the Niagara frontier.

Years earlier, Dylan’s characters and lyrical spin on stories had hooked me, so I was predisposed to be impressed by the nuance of his latest effort. From the moment the words struck my ears, the song stirred a brooding sense of life and death matters, and called forth a profoundly spiritual response—it was all about prayer to me.

That viewpoint came easily, though quite noticeably, my interpretation disturbed some good-hearted church folks in my circle. It was my initial clash with the mindset that draws rigid and somewhat arbitrary lines between the sacred and secular—little did I know then that working with this compartmentalized way of thinking would be the turf on which I was destined to spend my life.

Knockin’ On Heaven’s Door hit me like the proverbial ton of bricks. The humming melody had a naked honesty that haunted me, while the lyrics immediately got me digging through a fragment of a sermon Jesus preached. Take a look at that passage with fresh eyes.

Which of you, if your son asks for bread, will give him a stone? Or if he asks for a fish, will give him a snake? If you, then, though you are evil, know how to give good gifts to your children, how much more will your Father in heaven give good gifts to those who ask him! So in everything, do to others what you would have them do to you, for this sums up the Law and the Prophets. 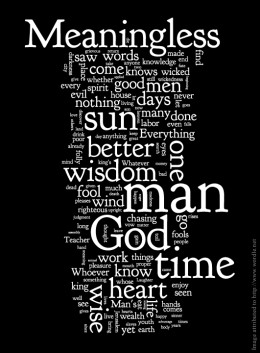 Ask. . .seek. . .knock. Knock and the door will be opened to you—knock, knock, knockin’ on heaven’s door lines up nicely with this Scripture to form a pattern or prescription for prayer.

Prayer is not some smoke and mirror illusions or an exercise in religiously correct semantics. We are not supposed to play games or indulge in lipservice with God. Neither are we to strike bargains, cut deals, or make ridiculously lame attempts at blackmail.

Instead we are to be direct in our asking, seeking, knocking—we are to pray with the knowledge that our Father in heaven loves and cares for us. We are to understand that God meets us at our places of need with grace, so he has an expectation for us to behave toward others exactly how we desire to be treated.

That ask, seek, knock model became foundational for me. I asked with specifics laid out so there could be no mistakes—I sought comfort and comprehension when the asking didn’t result in receiving—I knocked tersely, pressing for replies to all my questions and solutions to all my problems.

In the midst of knock, knock, knockin’ on heaven’s door, someone wise and respected introduced me to Ecclesiastes. I read Solomon’s reflections through in one sitting, and was mesmerized—his realism and seemingly bleak outlook resonated with my inclinations, but there were many dilemmas on which to study and meditate.

I employed the ask, seek, knock principle, devouring the text repeatedly. In 1973, while Richard Nixon’s palace guard engaged in contortions of evasion and Bob Dylan climbed the music charts, I camped out in Ecclesiastes. I ripped it apart line by line, making notes in the margins, and drawing circles and arrows to connect ideas that were perplexing.

One section in particular got stuck on a loop in my brain. It upset my assumptions about prayer—more than that, it complicated, confounded and confused my carefully structured prayers to the point of agitation. Even today, with age and miles piled high, three verses from a long dead king of Israel never fails to challenge me to rethink what it truly means to ask, seek, knock.

Let’s quiet our hearts and invite the Creator of the universe to grant new insights and enlightenment as we consider the passage.

Guard your steps when you go to the house of God. Go near to listen rather than to offer the sacrifice of fools, who do not know that they do wrong. Do not be quick with your mouth, do not be hasty in your heart to utter anything before God. God is in heaven and you are on earth, so let your words be few. A dream comes when there are many cares, and many words mark the speech of a fool.

How do we reconcile the action oriented admonition from Jesus with the passive approach advocated by Solomon? That was the quandary that troubled me way back then. It was a bewildering puzzle that took a long while to piece together—to do so required chunks of solitude in which silence replaced the boisterous asking, seeking, knocking.

Understanding settled in me—prayer is a realignment of perspective. It demands a constant acknowledgement and affirmation of who God is and who I am. There is a mystical, other-worldly aspect to prayer that is routinely overlooked or dismissed. Prayer is a two-way conversation that is about growing us from one degree of maturity to the next level—prayer is about continually refocusing our heart on the One who loves us with an everlasting love beyond our earthbound ability to fully fathom—prayer means we arrange our priorities to live holistically as more and more we treasure the stuff of eternity.

None of these lessons come with ease—neither can they be mastered and conclusively assimilated once and for all. It’s the overwhelming task of our faith journey to grasp and apply these truths, and due vigilance will mean shedding much spiritual sweat.

Perhaps The Practice of the Presence of God, the compiled teachings of Brother Lawrence, a 17th century Carmelite monk, can provide some help and direction. Here’s an excerpt:

“Pray remember what I have recommended to you, which is, to think often of God, by day, by night, in your business, and even in your diversions. He is always near you and with you; leave him not alone. You would think it rude to leave a friend alone who came to visit you: why then must God be neglected? Do not forget him, but think of him often, adore him continually, live and die with him; this is the glorious employment of a Christian; if we do not know it we must learn it.”

Ask. . .seek. . .knock. Knock and the door will be opened to you—do not be quick with your mouth, do not be hasty in your heart to utter anything before God. God is in heaven and you are on earth, so let your words be few.

Somehow we have to weld the words of Jesus and Solomon together—the weighty idea explored and expressed by Brother Lawrence does this for me. To keep knock, knock, knockin’ on heaven’s door is to faithfully practice the presence of God, which ultimately, is the essence of prayer.

In 2004, Knockin’ On Heaven’s Door was voted #190 in Rolling Stone magazine’s 500 Greatest Songs of All Time. It was shortly after that when I heard Warren Zevon’s version from his last album The Wind, which had been recorded while he was actively dying of inoperable mesothelioma. Here was a man contemplating his mortality as the long black cloud was actually coming down on him. Zevon had never been a choirboy—he’d battled savage demons of addiction for much of his adult life, frequently succumbing to the hunger. Yet, with death lurking around a near corner preparing to snatch him away, Warren Zevon insisted on recording Knockin’ On Heaven’s Door to include it on The Wind. There are reports that this decision dismayed others who worked on the project.

If context is everything, and more often than not it is, then this rendition of Knockin’ On Heaven’s Door is dead-eyed serious as Zevon’s weathered voice captures the heart-cry of humanity—asking, seeking, knocking.

There is weariness in his gut-wrenching awareness that compels us to reexamine who God is and who we are—the ripples of those thoughts should generate an abiding realization that life is a temporary sojourn that ends at the crossroads of eternity. It is there, at that rapidly-approaching intersection for each of us, that our desperate and ever-necessary need for the mercy of God will be uncontested. At that juncture there’ll be no agnostics or atheists—only repentance and the awful grace of God.

God is God and we are not him—a simple enough proposition, but one that is often riddled with complications in how it plays out in our lives. How we incorporate the knock, knock, knockin’ on heaven’s door into our day to day activities will go a long way to determine the health and vitality of our faith.

3 Responses to Knockin’ On Heaven’s Door